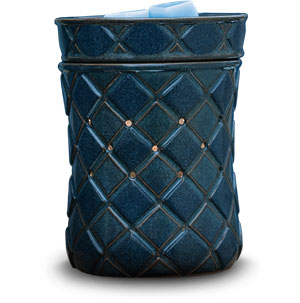 Scentsy began with a simple idea—a safe, wickless alternative to scented candles—and quickly grew into one of the most successful direct selling companies in the world. This wickless concept is simply decorative ceramic warmers designed to melt scented wax with the heat of a light bulb instead of a traditional wick and flame. 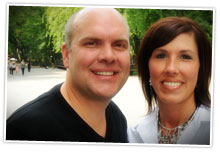 Entrepreneurs Heidi and Orville Thompson encountered the product line at a home show in early 2004, purchased the tiny company, and moved Scentsy to Meridian, Idaho, where the company’s first home office was a 40-foot ocean shipping container on a small sheep farm. The Thompsons were inspired by how fragrance brings powerful emotions and memories to the surface—without the safety risks of a burning candle—and launched Scentsy as a party-plan company that same year. 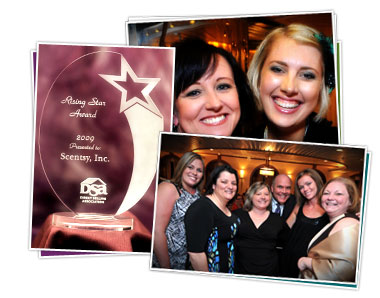 Scentsy joined the Direct Selling Association (DSA) in 2004 and enrolled its first Independent Consultant. Since then, the company has expanded operations, hired a strong executive team, extended its product line, innovated around the Scentsy business opportunity, and received numerous awards for its growth and ethical business practices. Scentsy was named the number one consumer products company on the 2010 Inc. 500 list, ranked among the top 100 on the 2011 Inc. 500 list, appeared in the 2010 Direct Selling News Global 100 list of top direct selling companies, and received the DSA’s 2010 and 2011 Success Awards and the DSA’s 2009 Rising Star Award.

In less than eight years, Scentsy has generated more than $1 billion in revenue. Today, the company’s family of passionate Independent Scentsy Consultants shares the Scentsy experience and the Scentsy difference throughout the United States, Puerto Rico, Guam, Canada, and Europe.

Dress up a room with a Scentsy Warmer, add one of 80-plus fragrances, and enjoy! Shop here for all the latest styles and scents.

Have fun while earning Host Rewards—free or half-price Scentsy Products—when you host your own Scentsy party.

Looking for a rewarding career that works with your schedule?  As a Scentsy Consultant, you’ll set your own hours & have fun while you earn.